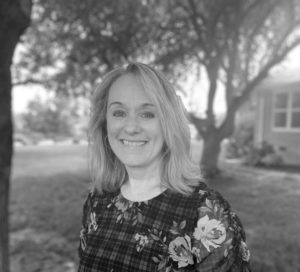 “Sometimes you’re in a place because that’s where you should be.”

In 2013 I began working with Hospice of Redmond part time, supporting a multitude of different teams, from finance, to medical records to our annual Festival of Trees. My husband and I started our own business, BST Plumbing, over 25 years ago and we have supported that venture together. Many people in Central Oregon were affected by the economic recession in 2008 and we were no different. I went back to work for a sports company managing their returns department, but realized I needed something else, something more fulfilling.

The opportunity presented itself to work part time with Hospice of Redmond and I jumped at the opportunity. Two months after I began working, my father came on our services… it was a very healing environment and support system. I got to know his nurse and social worker and the entire team supporting our family. It was after that experience that I respected what we do even more.

Today I am our Compliance Coordinator, responsible for overseeing HIPPA compliance, referrals, our emergency preparedness plan and many other things. As we are a small staff, every single one of us supports the entire team to ensure we always accomplish our mission of serving families in Central Oregon.

One aspect that I love about Hospice of Redmond is how we support our veterans… I have three children, one who is a teacher and two who are serving their country, in the United States Air Force and United States Navy. Hospice of Redmond takes special care of its veterans, both on our Transitions program as well as hospice patients, and veterans throughout the community. If you ever get a chance, visit our Wall of Honor on the third Wednesday of each month, when the local veteran organizations join us to play Taps and honor service members both living and deceased throughout Central Oregon.

We truly are an amazing organization with such a compassionate, devoted team. I witnessed first-hand the level of support and care the Hospice of Redmond family provides. I didn’t know this was where I would end up, but sometimes you’re in a place because that’s where you should be.