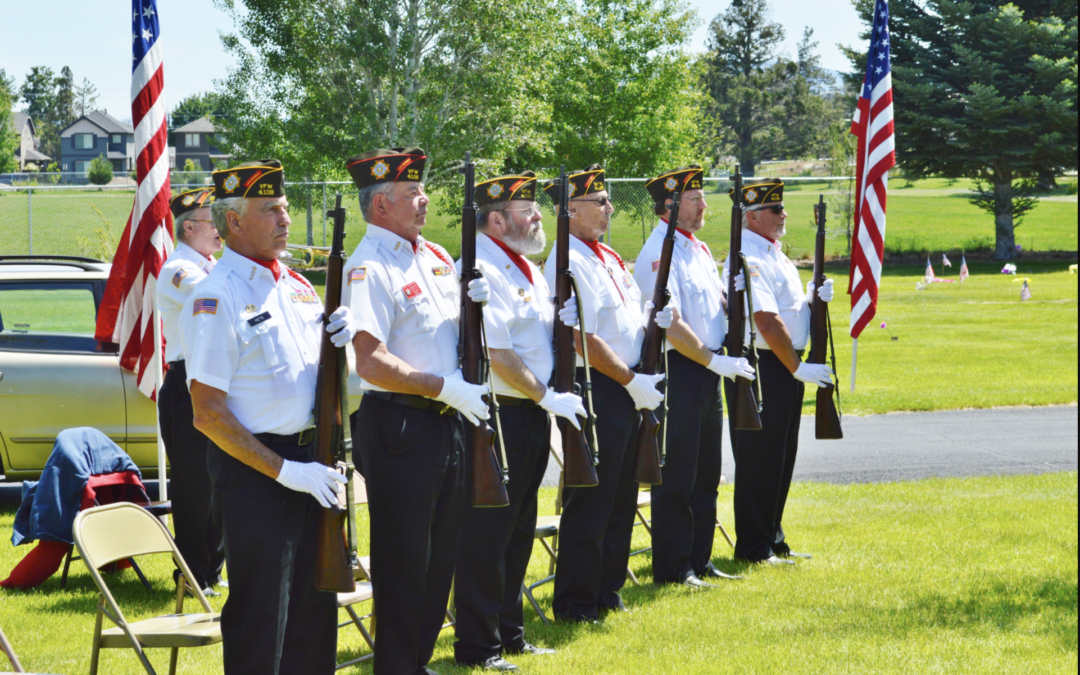 Like clockwork, on the third Wednesday of every month at 4:30 pm, an exceptional group of veterans gathers at the Wall of Honor located on the grounds of Hospice of Redmond for a Taps ceremony. They meet to honor veterans, a tradition that began in October of 2017 and has dutifully been continued thanks, in part, to Don DeLand. 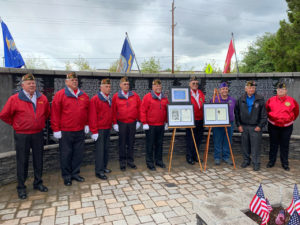 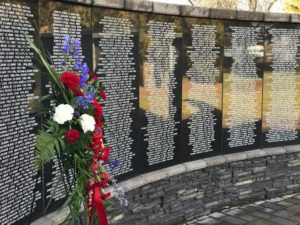 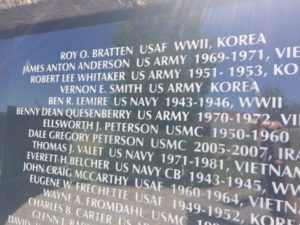 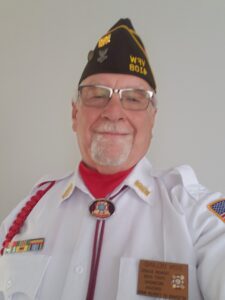 Before becoming Captain of the VFW Post 4108 and American Legion Post 44, Don served in the Vietnam war and quietly returned home in 1970. There was no parade. There was no honor or fanfare. So Don put the war behind him and moved on. But then, about five years ago, Don was invited to visit the VFW.

Like many veterans who served in the Korean and Vietnam wars, Don didn’t need to connect with other veterans. But being around them at that point in his life was life-changing. Don felt a connection and familiarity that he quelled for almost 50 years. The experience stirred a drive within Don to be a part of something that would honor the men and women who served this country. He and the other members of the VFW didn’t want those who serve to ever feel alienated or alone after fighting to protect our freedom.

“When I decide to do something, I tend to jump in with both feet and get involved,” said Don. “At the time, the Honor Guard was dwindling, so I agreed to take it on.”

Today, of the over 800 local members, the Honor Guard comprises eight veterans who graciously volunteer their time for either the VFW Post 4108 or American Legion Post 44. And this group does a lot for our Central Oregon veterans.

The VFW Post 4108 Honor Guard provides military honors at all veteran funerals, memorial services, and celebrations of life, as requested by the families. The ceremony includes a three rifle volley, the sounding of Taps, and the presentation of three expended rounds signifying the deceased veteran’s sacrifice to Duty, Honor, and Country. The rounds are placed inside of a special keepsake box created by students at Redmond High School. In addition, an Honor Guard from the veteran’s branch of service presents a folded flag to the family. If an Honor Guard is not available from the veteran’s branch of service, VFW Post 4108 Honor Guard personnel perform the ceremony of folding and presenting the flag. 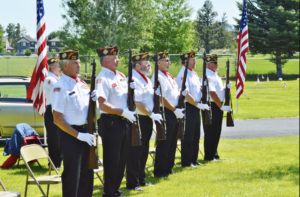 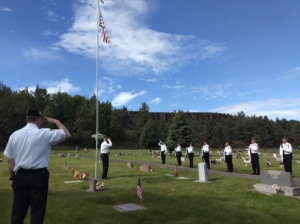 Perhaps you’ve seen our local news coverage of Honor Flights over the years. The Honor Flight is for veterans of Central Oregon who served during the Korean or Vietnam wars. This all-expense-paid trip takes 20-30 veterans at a time to Washington, D.C., to tour the war memorials. During the journey, the veterans’ time together allows them to forge a camaraderie of sorts – a deep connection sharing similar experiences. Don shares that many veterans don’t share with their families what they will share with another veteran. This opportunity allows veterans to talk through their experiences, providing a deep, almost therapeutic release of feelings kept deep inside for many years. 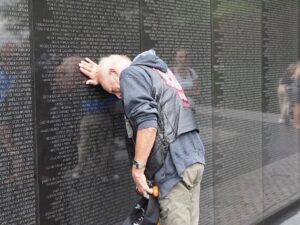 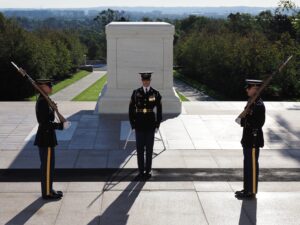 Did you know that there are approximately 1500 veteran graves between the five cemeteries in Central Oregon? And every Memorial Day, the Honor Guard places a flag next to many of those gravesites. Every December, while wreaths are placed on the graves in Arlington National Cemetery, they are placed on the graves of our Central Oregon heroes. At least that’s the goal. Fundraising dollars purchase every wreath placed on a grave and last year was the first year they were able to cover all five cemeteries with wreaths. This year, they are almost 700 wreaths short and are working hard to generate enough fundraising dollars to cover the handcrafted wreaths shipped from Maine – the same place where the wreaths in Arlington are made. 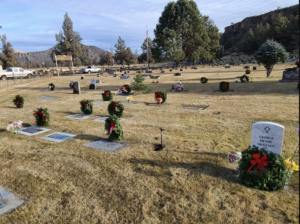 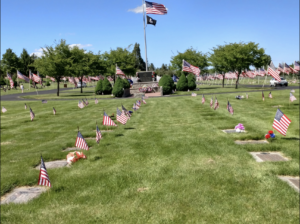 Hospice of Redmond is a Level IV partner of the National Hospice and Palliative Care Organizations’ We Honor Veterans program. As a program partner, support is provided to veterans and their families through hospice care, bereavement support, and other resources. One service offered is flag pinning for hospice patients. The pinning ceremony is officiated by veteran volunteers, hospice staff, and often the Honor Guard. Helping veterans receive the compassion and honor they deserve during this crucial time is the foundation of the We Honor Veterans program.

Made Possible By You

Everything these fine men and women do is made possible through the generous donations of those within our community. One example of unprecedented generosity, Dutch Bros donates 100% of their proceeds on Veteran’s Day to Honor Flight. It costs $1250 for every veteran who gets to have this memorable experience.

If you’d like to support VFW Post 4108 and American Legion Post 44, Don asks you to buy a cup of coffee at Dutch Bros on Veteran’s Day. He and his fellow members will also gladly accept donations for Wreaths Across America and any other time throughout the year. Individuals, families, small businesses, and corporations are all encouraged to be a part of helping honor the work folks like Don are doing every single day.

And that brings us back to the Wall of Honor, where this Veteran’s Day, there will be a very special dedication ceremony at 2 pm. A new panel consisting of 61 veteran names will be added to the Wall. The veterans on the new panel are both living and deceased. The Honor Guard and Band of Brothers will be a part of the ceremony, with Don facilitating it. Everyone is encouraged to come and attend to honor the brave men and women who gave up so much for each of us.