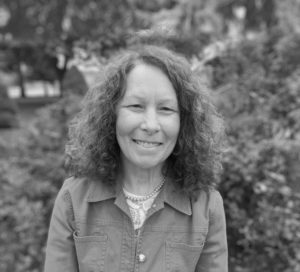 “Everyone here plays an important role”

I never thought I’d be working or supporting an organization for as long as I have. Not many people know that I have worked with Hospice of Redmond much longer than the past few years as Finance Coordinator. In 1995 before I started my own computer company, Linda Burwell Computer Consulting, I was the manager of the local Redmond hospital computer program. It was that year that Hospice of Redmond contracted my computer company to be responsible for all its IT capabilities. It was while I was serving as their IT company that I realized Hospice of Redmond is an incredible organization.   We have such a great atmosphere. It’s one of the few places that I thought would be a great environment to work… the team, the laughter, the support, it’s so unique.

Over the years between supporting Hospice in IT and now as the Finance Coordinator, I’ve seen positive changes. We used to be in downtown Redmond before acquiring our current property. I’ve watched multiple Executive Director turnovers and have been able to evaluate various programs before officially using them.   In 2000 I developed the first computer system Hospice of Redmond used to electronically track all aspects of our various programs, payroll, bereavement, donations, patient visits. Some aspects of our organization still use the program I developed, and years later it’s humbling to see it still being used.

While I began my career in computer consulting, I earned a Minor in accounting and worked in banking in Portland before transferring to Redmond. Redmond is such a unique, supportive community and I’m honored to work for an organization that is such an integral part of the community. Our mission of serving families during some of the most challenging times in their life is very important. Everyone plays a part, whether you are a nurse, health aide, volunteer, administration, every person who works here is critical to ensuring every family is supported like they are part of our family. We have such a small organization that we can provide a very family focused, personalized level of care and everyone on our team knows who our nurses care for individually. We all support each other as if we are family.

“We have such a great atmosphere. It’s one of the few places that I thought would be a great environment to work… the team, the laughter, the support, it’s so unique.”