A Pilgrimage Toward Healing | Honor Flight of Central Oregon 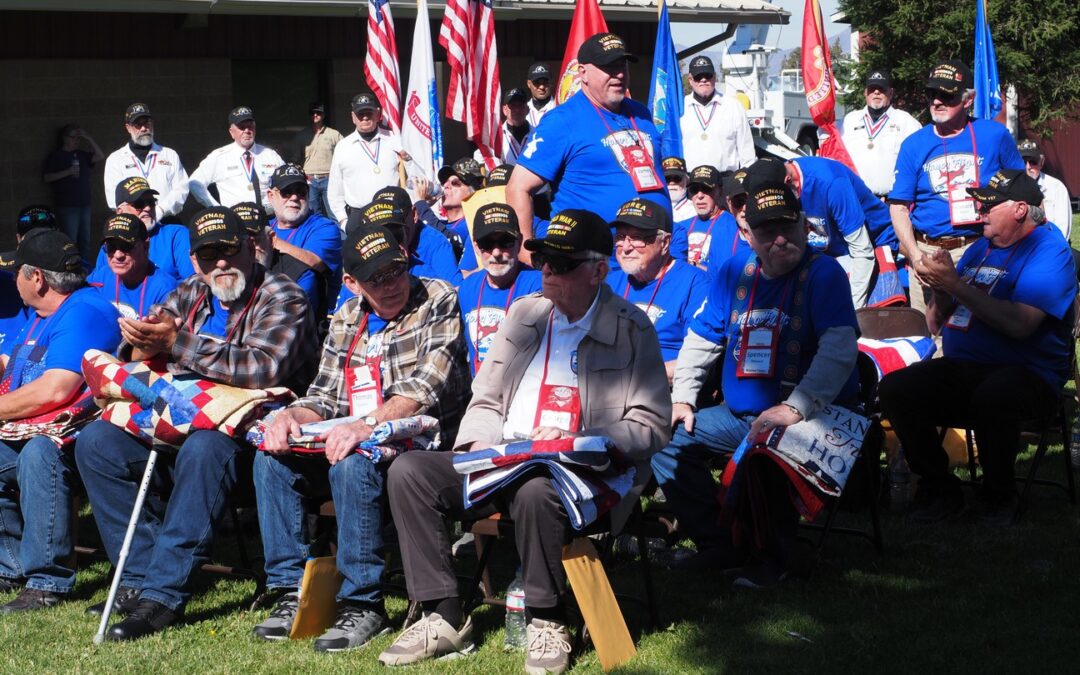 At Hospice of Redmond, we believe that honoring Veterans is a part of our culture. Every year, there is a pilgrimage to Washington, DC. Airports from all parts of the country carry special cargo bound for our nation’s capital. The special cargo they carry are American heroes on their final mission.

Honor Flight was formed in 2005 with a mission to honor American veterans by bringing them to Washington, D.C., to visit the memorials and monuments dedicated to their service and sacrifice. Originally, Honor Flight focused on serving veterans from World War II. However, it now honors veterans who served in the Korean War, Vietnam War, and intermediary operations. In special circumstances, they also bring along veterans with terminal illnesses or injuries and veterans from more recent service eras. The cost for veterans to experience Honor Flight: absolutely nothing.

More than 245,000 veterans have made the pilgrimage via Honor Flight, thanks to the generous donations made by people and organizations across our great nation.

Despite the honor bestowed upon our beloved heroes, Honor Flight isn’t well known. We aim to change that.

Honor Flight of Central Oregon takes veterans who live within Deschutes, Jefferson, and Crook Counties, who have not visited the National Monuments. This year our local hub took 29 veterans and their guardians on the four-day, all-expenses-paid journey. They visited nearly a dozen memorials and monuments.

One person who got to go on this pilgrimage is Jim Zupancic, who served with the U.S. Air Force from 1968-1972 as a Morse Intercept Operator. Stationed primarily in Southeast Asia, Jim spent a year in Vietnam between 1970-1971. During his time in the Air Force, Jim flew 155 combat missions and spent over 1,000 hours in the air. He was awarded The Air Medal, two Oak Leaf Clusters, and The Distinguished Flying Cross.

Not uncommon, Jim had never heard of Honor Flight until his mother told him about it about six years ago, after hearing how memorable the experience was from a WWII veteran friend. His mother encouraged him to apply, so like a good son, Jim listened.

“The work of the Trip Leaders and Guardians was above and beyond,” said Jim. “They were responsive to everyone’s needs in a very enthusiastic and cheerful way. It was obvious they were interested in making the trip as perfect for the veterans as possible.”

Seeing the military memorials and monuments alongside other veterans who have had similar experiences is helpful and healing in many ways for our veterans. They also witnessed The Changing of the Guard and met with Congressman Cliff Bentz, who presented the group with the American flag flown over the Capitol Building. One notable visit to Jim was when they visited the Military Women’s Memorial and saw the uniforms and artifacts of Corporal Jessica A. Ellis of Bend, Oregon, who died while serving in Iraq in 2008.

It wouldn’t have been the same experience if I went with family or friends,” said Jim. “Going as a group of people who went through similar situations helped because we all knew what was going on.”

When asked what Jim liked most about the trip, he said the welcome home.

“The purpose of the trip really hit home when our group arrived at the Redmond Airport and the Deschutes County Fairgrounds,” said Jim. “The applause on our return by our family, friends, and people we know welcoming us home was probably the most emotional time for me. It was something of a closure to my military experience.”

Taking 29 veterans to our nation’s capital takes a lot of planning and preparation. And that’s where guys like Don DeLand come in. As Vice President of Honor Flight of Central Oregon, Don goes on flights as a Team Lead and, when needed, as a Guardian. Although he isn’t going as a Vietnam Veteran (something he most certainly is), Don gets to experience all the accolades and honors the veterans receive on the trip. He’s also there to support veterans who may be struggling emotionally during the flight.

Don got involved with Honor Flight after seeing hundreds of veteran funerals and wanting to honor his fellow veterans before he helped perform Military Honors at their funerals.

“Many Korea and Vietnam Era veterans didn’t receive a welcome home when they returned from serving,” said Don. “Some received just the opposite. By returning to a community welcome home celebration, many said they finally felt welcomed home.”

Each veteran received a beautiful quilt lovingly created this year by The Central Oregon Quilters Guild.

Sharing these stories was important to us because honoring veterans is important to us. The Veteran’s Wall of Honor is located on the Hospice of Redmond campus and each month, Don DeLand and the Redmond Honor Guard come over to play Taps. Over the years, we’ve built a relationship with these amazing humans and want to honor and support what they are doing in any way that we can. This year, our Executive Director, Jane McGuire attended the welcome home celebration at the Fairgrounds. She found the experience to be extremely moving.

“Being there to cheer them on and celebrate their dedication and service was an honor to me, and to my husband, who attended with me,” said Jane. “It was an incredible opportunity to attend and I plan to be there annually!”

You can find applications for going on an Honor Flight through our Central Oregon hub here. They are processed on a first-received basis, with priority given to WWII, Korea, and Vietnam-Era veterans serving anywhere in the world. They take approximately 30 veterans to D.C. each year, so some applications are rolled over into the following year.

“It is $1,500 to sponsor each veteran and approximately $75,000 a year to provide this life-changing mission,” said Don. To sponsor a veteran, you can donate to Honor Flight of Central Oregon online.